PART ONE of this commentary explained why reform of America’s monetary and banking systems requires introduction of a private electronic gold currency as a parallel medium of exchange in competition with Federal Reserve Notes and the Treasury’s base-metallic coinage. Why a State would provide the best vehicle for introducing such a new monetary unit is not too difficult to understand, either.

First, the States are geographically, operationally, and jurisprudentially permanent—they will neither move away nor go out of business in the foreseeable future, and constitute key elements in the Constitution’s federal system, which guarantees their existence and legal powers. See Article IV, Section 4, and Amendment X.

Second, the perennial processes of taxation and spending set up steady flows of purchasing power from society into each State’s coffers, and from her treasury back into the private economy.

Third, very large numbers of, if not most, individuals and businesses in each State are taxpayers or recipients of governmental payments, or both, or regularly conduct economic transactions with people or enterprises who or which are.

Fourth, the amounts of purchasing power any State takes in and pays out these days are significant in terms of the total monetary activity within her territory.

Fifth, when a State employs a new electronic gold currency, she will reduce for everyone else the costs of substituting that currency for Federal Reserve Notes and base-metallic coins. For instance: “Education costs” will be minimized because the State will inform everyone within her jurisdiction of how to employ such a currency in the payment of taxes and the receipt of public expenditures. “Opportunity costs” will decrease because transactions such as the payment of taxes and the performance of public contracts, which unavoidably involve the State, will have to be consummated in the new currency—and therefore people who must pay taxes in gold will seek to obtain income for that purpose in that currency; and people who perform public contracts will seek to pay their employees and suppliers in the currency they receive from the State. “Search costs” will drop because everyone will know that hundreds of thousands of citizens are already using the new gold monetary units in their dealings with the State, and therefore can just as easily employ them in private transactions. And “transaction costs” will plummet because all those citizens will have personal accounts with the State’s electronic gold currency provider, with which all other citizens can easily open their own accounts in order to enter into private contracts payable in that currency.

Sixth, a State is responsible for the welfare of her citizens. In America’ federal system, each State retains both the primary and the ultimate political responsibility for her own people’s health, safety, and welfare. That responsibility resides in her legislature—and cannot be delegated, let alone surrendered, to anyone else. Least of all can it be evaded.

Eighth, even a single State can (and will) be an exemplar and model for, and a challenge to, others. Any State’s adoption of an electronic gold currency will be too visible to remain unnoticed, even by the Establishment’s media. For each State exercises so much economic power within her own jurisdiction that her employment of a new currency will significantly affect not only the very large numbers of individuals and enterprises that deal directly with the State, but also the even larger numbers that in turn deal with them, both in that State and elsewhere. Moreover, the beneficial economic effects of one State’s adoption of an electronic gold currency cannot fail to have positive political consequences in other States. And no State can lose credibility from acting on principle, especially where application of her principles pays off.

Ninth, unlike the General Government, some States are political entities their patriotic citizens can actually hope to control—by educating, organizing, and mobilizing voters and key legislative leaders.

And tenth, if patriots take charge of their State’s monetary policy, then the General Government and the Federal Reserve System become irrelevant, because under America’s federal system each State enjoys the reserved sovereign power to employ whatever currency she desires in the performance of her essential governmental functions. See Lane County v. Oregon, 74 U.S. (7 Wall.) 71 (1869); Hagar v. Reclamation District No. 108, 111 U.S. 701 (1884).

To implement these principles, I have drafted a proposed statute for the State of New Hampshire—full details as to which are to be found here—that can serve as a prototype for legislation in States throughout the country. (Of course, because this bill was designed to fit New Hampshire’s particular situation, it would need to be appropriately modified for use elsewhere.)

Unlike so many contemporary proposals for monetary and banking reform, this bill is perfectly constitutional. Article I, Section 8, Clause 5 of the Constitution delegates to Congress the power “[t]o coin Money”. And Congress has mandated the coinage of silver and gold,[1] and declared its coinage to be legal tender.[2] In addition, Article I, Section 10, Clause 1 provides that “[n]o State shall * * * make any Thing but gold and silver Coin a Tender in Payment of Debts”. The New Hampshire bill enables and empowers that State’s citizens to employ Congress’s specie coinage (along with any other “gold and silver Coin”) for that required constitutional purpose, according to their own free choices, through the intermediation of an ultra-modern electronic gold currency unit fully convertible into specie coins or bullion.

Congress has also licensed the Federal Reserve System to emit Federal Reserve Notes irredeemable in silver or gold,[3] has authorized the minting of base-metallic coins,[4] and has declared those notes and coins to be legal tender.[5] These actions are plainly unconstitutional. Even were they valid, though, as a matter of constitutional law New Hampshire need not employ those notes and coins as her media of exchange, to any degree. For the Supreme Court has squarely held that Congress lacks any constitutional power to specify what the States must use as legal tender or media of exchange in the exercise of their essential governmental functions.[6]The New Hampshire bill deals with the most important of these functions: namely,

Therefore, in empowering and enabling New Hampshire’s citizens to choose gold and silver as their media of exchange, even to the exclusion of Federal Reserve Notes and base-metallic coinage, this bill implements the rule of law the Supreme Court has approved—and thereby in its operation enjoys complete immunity from interference by the General Government and the Federal Reserve System.

Interestingly, in this bill for the first time a State will fulfill the General Government’s monetary policy. Today, all United States coins and currencies, whenever minted or issued, are declared to be equally “legal tender”.[7] The law makes no preferences among them.[8] Anyone may choose one form of legal tender (or even some currency not designated a legal tender) as his medium of exchange, to the exclusion of any or all other currencies.[9] And the courts must honor and enforce such choices.[10] So the New Hampshire bill aids that State’s citizens in doing what the General Government recognizes as everyone’s statutory rights.

Moreover, those who imagine that silver and gold are somehow “out of date” as money forget that even Congress has mandated that silver and gold be coined in amounts sufficient to meet public demand, and that coins of these metals be legal tender.[11]These coins are now available in the marketplace. The New Hampshire bill aims at making them easily usable by every individual and enterprise in all financial transactions involving the State.

Other than certain taxpayers and persons fined in the courts of law (who are required to pay their public dues solely in gold in order to guarantee the State a small but steady input of specie, come what may), the New Hampshire bill does not require anyone to use electronic gold currency in financial transactions involving the State. Rather, it leaves the choice to each individual and enterprise—because the question of which forms of currency best serve the people’s needs should be decided through open and fair competition in the free market, with government adopting the people’s choice. People who find electronic gold currency (and the gold and silver coins and bullion into which it is convertible) most useful, will choose those as their media of exchange. People who find Federal Reserve Notes and base-metallic coins most useful will choose them. Thus, New Hampshire will operate a system of parallel, competitive media of exchange, to the degree her own citizens—not political and financial elitists in Washington, D.C., and New York City—desire it. One can anticipate, however, that, given freedom of monetary choice and empowered to exercise it efficiently, the people of New Hampshire (and of every other State) will seek to enhance their own economic security and political liberty by increasingly choosing gold and silver over rag currency and slugs, until (through gradual expansion of the law) the State’s financial transactions—and then her entire private economy—employ electronic gold currency to the virtual exclusion of any other.

The route to monetary reform proposed in the New Hampshire bill offers an outcome in which no one can lose—other than those intent on exploiting the American people politically and economically through fiat currency, central banking, and the endless monetization of public debt. If the proponents of electronic gold currency prove prophetic, and the present monetary and banking systems continue to deteriorate, or even collapse entirely, the New Hampshire model will offer a method for rapid, salvific change throughout the country. If those proponents prove overly pessimistic, and the monetary and banking systems continue to muddle through, the New Hampshire model will at least provide inexpensive insurance and peace of mind for the people who put it to work. (No one can reasonably fault insurance because the tragedy it covers fails to occur.)

The New Hampshire electronic gold currency plan proves that Americans do not have to depend upon the likes of Chairman Greenspan, or the denizens of Congress and the Department of the Treasury, to bring about real monetary reform in the foreseeable future. Americans can do that for themselves and by themselves—if they want to.

The Absolute Right of Informed Consent 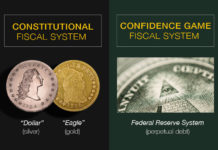 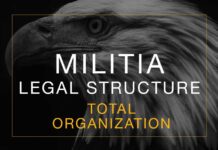 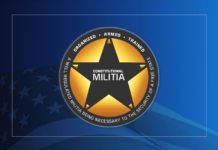 About the Constitutional Militia 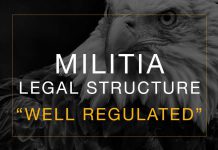 How the States Can Suppress Illegal Immigration

"Unconstitutional "Powers" Constitutional Militia - January 7, 2022
As a constitutional rule of construction that cannot be repeated to often, “If *** we are at liberty to give old words new meanings ***...