“Factions” are special interest groups that manipulate the system of government for their peculiar benefit. James Madison’s Federalist Paper No. 10 talks about this in some detail. One of the things Madison writes is that he recognizes these groups are a serious problem. All legislatures tend to be corrupted by factionalism (i.e., “special interest” groups) getting legislation passed for their particular benefit, at the expense and disadvantage of the general welfare. Madison then went on to point out what he considered egregious forms of factionalism, starting with “[a] rage for paper money”. 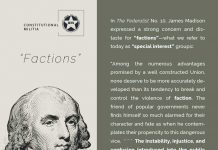 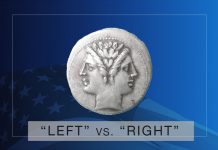 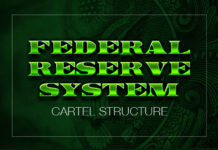 Usurpation and Tyranny Constitutional Militia - January 13, 2022
“Aggregate Powers”: Powers Cobbled Together and Exercised by Rogue Government Officials That are Not Enumerated in the Constitution Typically, when aspiring usurpers and tyrants cannot rationalize...

Usurpation and Tyranny Constitutional Militia - January 15, 2022
"Gun Control"In the pre-constitutional period, had the term been current, “gun control” would have meant, not keeping firearms and ammunition away from as many...