“At the time of the adoption of the Federal Constitution, William Blackstone’s Commentaries on the Laws of England] had been published about twenty years, and * * * more copies of the work had been sold in this country than in England; so that undoubtedly, the framers of the Constitution were familiar with it”,[1] and considered it “the preeminent authority on English law”,[2] every legally literate American was also aware of the general rule for statutory construction which Blackstone taught. 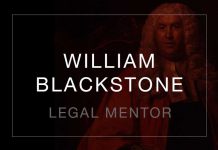 Framers Legal Mentor Constitutional Militia - September 25, 2021
William Blackstone“At the time of the adoption of the Federal Constitution had been published about twenty years, and * * * more copies... 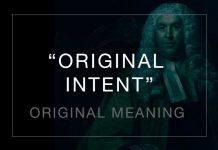 "Factions" ("Special Interest" Groups) Constitutional Militia - January 14, 2023
"Left" vs. "Right"If WE THE PEOPLE revitalize "the Militia of the several States", we will cut across all the dividing lines in the phony...

"War" Constitutional Militia - January 15, 2023
"War": The Constitutional MeaningConstitutionally speaking, "War" is a specific set of legal relations between two or more independent nations. Therefore no "War" can be...

Usurpation and Tyranny Constitutional Militia - January 13, 2023
“Aggregate Powers”: Powers Cobbled Together and Exercised by Rogue Government Officials That are Not Enumerated in the Constitution Typically, when aspiring usurpers and tyrants cannot rationalize...