Along with the power to wage “War”, WE THE PEOPLE require a formal declaration of “War” as a “check and balance” against Congress itself. Today, “the war on terrorism” is the primary semantic dodge which serves this devious purpose. At some point in the future, though, the authors of “the war on terrorism” may realize that they can exponentially expand the ambit of their deceit by linking that “war” with “the war on drugs” in particular and even “the war on crime” in general. 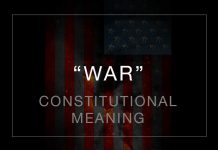 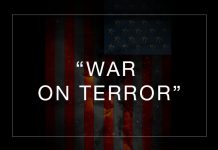 Constitutional "homeland security" is "A well regulated Militia" based upon "the right of the people to keep and bear Arms" which are the only institutions of government that are "necessary to the security of a free State"—2nd Amendment
© Copyright. All rights reserved.
We use cookies to ensure that we give you the best experience on our website. OK